In summer 2009 Edson Braafheid was on the verge of joining his hometown club Ajax Amsterdam until Louis van Gaal called him with the mission to sign for Bayern Munich. The dutchman complied that wish and made a step which turned out to be too big for him.

In an extensive and self-critical interview with SPOX and Goal, Braafheid looks back to his difficult time in Munich and reveals what it is like to work under the guidance of van Gaal and with big players like Franck Ribery.

The 37-year-old, who plays for Austin Bold in Texas today, also speaks about the worst moment of his career when he were degraded at TSG Hoffenheim and couldn't find a new club for one year.

Mr. Braafheid, you joined Bayern Munich from Twente Enschede in summer 2009 at the behest of Louis van Gaal. How did it come about?

Edson Braafheid: It was crazy. (laughs) I had already agreed on a contract with Ajax, but a few days before the signing was to take place, my mobile phone rang. It was van Gaal.

What did he say to you?

Braafheid: That I should turn down the Ajax offer and come to Munich immediately, there would be a contract ready to sign for me.

You complied that wish.

The opposite happened. You just played 19 games for Bayern.

Braafheid: You are always wiser afterwards. Would my career have been different if I had signed with Ajax instead of Bayern? I suppose so. Would it have gone better? Nobody knows.

Do you regret your decision?

Braafheid: No. Even though Amsterdam is my hometown and I would have loved to play for Ajax, the time in Munich shaped me a lot. It was a hard time, but I learned to deal with pressure situations and to develop mental strength. And I also became a better footballer. Who can claim to have trained with guys like Luca Toni or Bastian Schweinsteiger? Even without the playing practice I would have wished for, I learned a lot. Even if I didn't really want to admit it myself at that time.

Why you didn't succeed in Munich?

Braafheid: I had a lot of self-confidence when I came to Munich. Today I know: too much. I was almost blinded by it. I had previously played for Twente, an average performing club from the Eredivisie, and I was convinced that I could become a Bayern starter immediately. I'm not saying I wasn't ready for it in terms of my qualities as a footballer. I just wasn't mentally ready. With a club like Bayern, there's a lot of pressure. I couldn't handle it.

After a couple of games from the start, you ended up on the bench.

Braafheid: I was disappointed. I didn't understand the coach and I thought: He wanted me so badly, why the hell doesn't he trust me? I wasn't the only one who wasn't performing well at that point. I had the feeling that it was easy for him to take me out of the game because I was "his" player and not yet an experienced player, which might have led to discussions with the bosses Uli Hoeneß or Karl-Heinz Rummenigge. Let's be honest: None of the people in charge except van Gaal had ever heard of me before my arrival. Therefore, there was a special focus on me. I had to deliver. And I didn't. So I ended up on the bench. That's the harsh reality when you play for a top club.

But Bayern Munich is also known as a familiar club where every player is supported.

Braafheid: We live in a performance society in which everyone is replaceable. Especially at this level and with these goals, there is no time for sentimentality, not even at Bayern Munich. Apart from van Gaal, I had a few other compatriots in my team who gave me this "family feeling" just because of the language. Mark van Bommel and Arjen Robben for example, two great guys. But they also had to compete on the pitch and felt the pressure when things didn't go so smoothly. Of course, everything is nice and great and wonderful when you are successful. Then you are a family, a sworn community. But we had problems back then and that's why I got into trouble quickly. I became very nervous because I was desperate to secure my spot in the Dutch national team for the World Cup in summer 2010.

That's why you decided to join Celtic Glasgow on loan during the winter break.

Braafheid: I might have done it differently today. When I saw how far Bayern came in the second half of the season in the Champions League, I was sad. I would have loved it to be part of the team and celebrate the win of the Bundesliga and DFB cup.

Braafheid: "I wasn't patient enough back then"

But you got enough minutes in Glasgow, went to the World Cup in South Africa and even played 22 minutes in the final.

Braafheid: Life is a about decisions. Every decision has advantages and disadvantages. I am grateful to have been part of a World Cup. Of course, a few people from my environment argued at the time: Edson, you might have been able to jump on the World Cup train in Munich. But at that moment I decided to go a different way. I wasn't patient enough back then. I couldn't control myself.

After the World Cup van Gaal gave you a second opportunity in Munich, but you couldn't take it. It's said that the beginning of your end at Bayern was a "clash" with van Gaal after a match against Borussia Mönchengladbach in November 2010. Do you remember what happened?

Braafheid: We had a lot of injured players at that time, including me there were only three field players on the bench. Danijel Pranjic had problems in the first half, so van Gaal sent me, David Alaba and Thomas Müller to warm up. At half-time he said to me: "Get ready, Pranjic won't be able to continue." So I kept warming up and warming up, but Pranjic could move on. Finally, in the 80th minute, van Gaal changed Pranjic for Alaba. And I thought: All right, I won't have to warm up anymore. I went back to the bench. Van Gaal didn't tell me anything until we were in the dressing room.

Braafheid: Well, the atmosphere was very negative. We drew 3-3 and lost some important points in the title race with Borussia Dortmund. Van Gaal was furious, he shouted at everyone. Then he came up to me and bleated: "Why don't you warm up when I tell you to warm up?" We had an emotional discussion and I tried to make him see my point. Then he just shook his head and bitched at somebody else. He was a very difficult person, even though in retrospect I can understand some of his actions that I couldn't understand at the time.

Even your substitution in the 2-0 defeat in the Champions League group stage match against Girondins Bordeaux one year earlier when you became a target of whistles by the Bayern fans?

Braafheid: No. I still believe that I did a decent job together with Franck Ribery on the left wing. I made two or three mistakes defensively, but they didn't lead to goals for Bordeaux and I played well offensively. So I don't know whether the whistles were more dedicated to my performance or van Gaal's decision to replace me. Van Gaal confronted me with the whistles after the game. He wanted to know how I felt. I said: "That's all right, people pay for watching our games and they can give their opinion on what they see." I wasn't really sad about it.

But it's well known that many Bayern fans weren't happy with your performances.

Braafheid: Do you think I was satisfied with my performances? No. I had a hard time right from the start because I was seen more as a player of van Gaal, not as a player of Bayern. But I didn't just play bad games. My performance against Bordeaux was decent. Or against Juventus. I have some great memories. I had a lot of fun when I played, especially in the Champions League. It was something special. I will never forget that.

How is your relationship with van Gaal today?

Braafheid: We haven't spoken since I left Bayern. I'd shake his hand if I were to meet him today. There is no problem at all. He was under a lot of pressure from the people in charge back then. I always think about the positive memories. What I appreciated most about him: his attention to detail. None of my coaches was as well prepared as he was. Our opponents always played exactly as he had predicted. We were never surprised because we always knew what our opponents were doing in which situation. Van Gaal wasn't a normal coach. He never moved away from his philosophy, and at Bayern he amazed every player, no matter how old or established he was.

How he was as a person?

Braafheid: When I drove to training in the morning, I never knew what kind of person I would meet there. Van Gaal was like a bag of tricks. Sometimes it was all totally funny, what he told or did, but then again it was kind of disrespectful and provocative. I don't want to give a concrete example, this is nothing for the media. (laughs)

Page 1: Braafheid on Bayern, life under van Gaal and whistles in the Allianz Arena

Page 2: Braafheid on jokes from Ribery, problems at Hoffenheim and racism 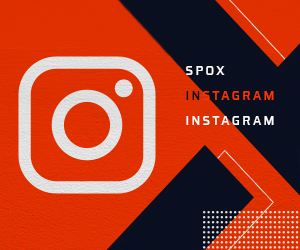